Known for their passion and musicianship, the harpists of the Chicago Harp Quartet have been performing across the United States since 2012.  Performances by members Marguerite Lynn Williams, Julie Spring, Catherine Litaker and Emily Granger have been described as riveting, meticulous and nuanced, and composer August Reed Thomas called them “one of the most vibrant and interesting ensembles in Chicago and beyond.” 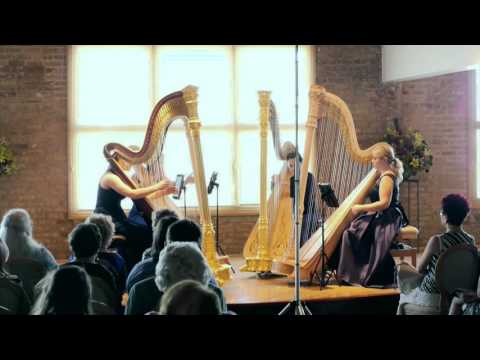 Thanks to our sponsors

Impromptu is made possible by the generous support of the Elizabeth F. Cheney Foundation.